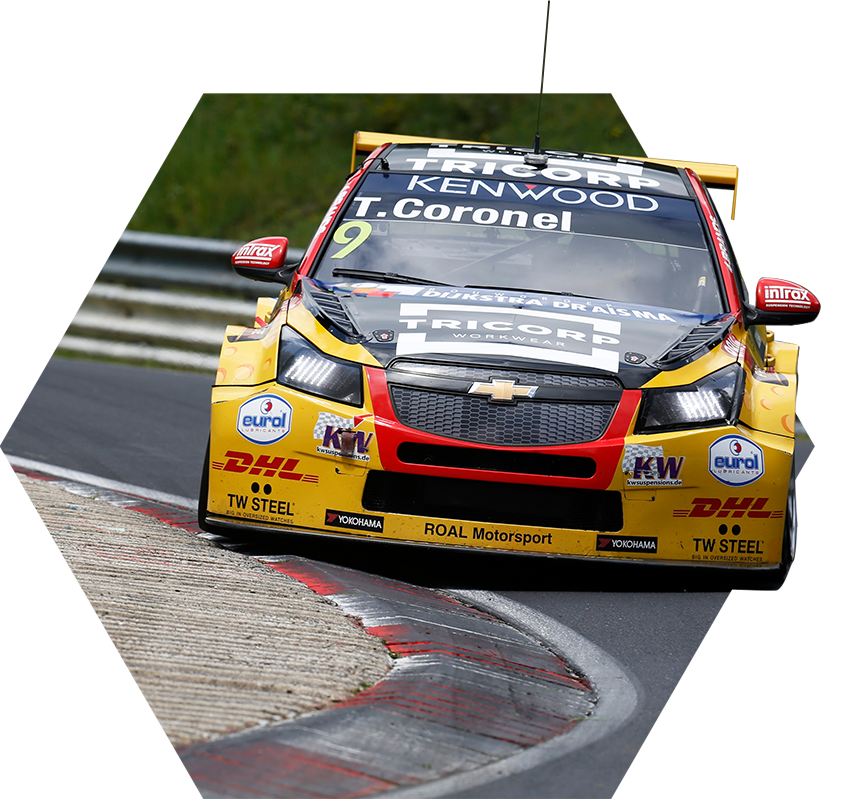 Since we started in 1984, every race or rally car we’ve designed or managed has won. We’ve proved repeatedly that we know what’s needed to win.

For more than 30 years cars we’ve built have triumphed in World and European, Australian, Asian, African and North and South American championships.

“RML won 88 WTCC races for Chevrolet,” says Nick Reilly, former President of GM Europe. “We were last into the series but soon became the dominant team. RML were very professional and great ambassadors for us.”

Developed and run by RML at the 2014 Le Mans 24 Hours on behalf of Nissan, the ‘Garage 56’ project broke new records, becoming the first car ever to lap the La Sarthe circuit as a full EV (electrical vehicle). 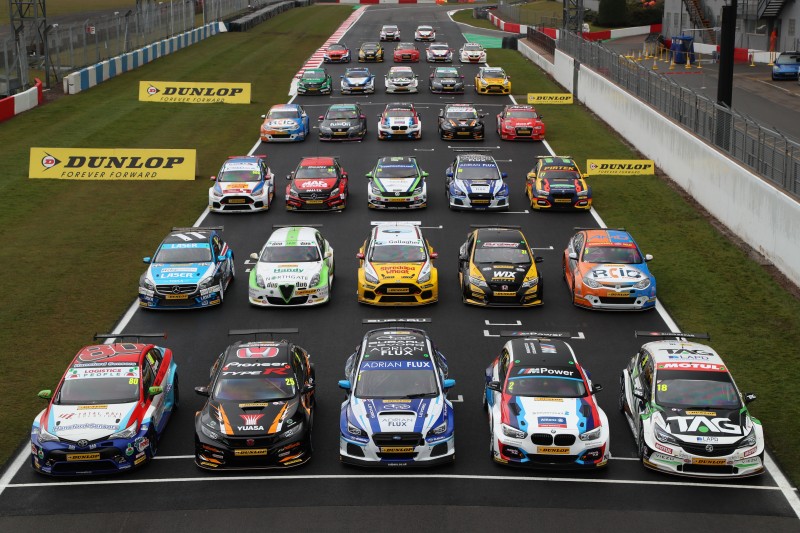 Every car in the MSA British Touring Car Championship runs on our chassis and suspension components, sub-frames and steering systems – we’re the suppliers of the specified units.

To give teams the service they demand, we’ve implemented a full inventory ERP/MRP solution which runs remotely on our support truck.That enables specific stock control throughout the course of a race meeting, as well as automated post processing for stock replenishment. That in turn les us to deliver parts at critical times during race weekends while ensuring we will be ready for the following round.

We value and pride ourselves on this level of customer support. When and where any BTCC team needs parts or support we are there to deliver – before the race weekend, during the event, or post-race.

Our history of BTCC success stretches back to 1992 when we started running race and championship-winning programmes for
multiple OEMs.

Our Heritage In Touring Cars

We started running highly successful manufacturer programmes in 1992 and have played a pivotal role in touring car racing ever since.

After we secured the BTCC Teams’ and Drivers’ Championships for Vauxhall in 1995, Nissan awarded us a BTCC contract to take on the Works Teams from Williams-Renault, TWR Volvo, Honda, Audi, Peugeot, Ford, Alfa Romeo and Vauxhall. True to form, success was instant – we won the 1998 Manufacturers’ and Teams’ Championships with the formidable Nissan Primera GT.

More success followed in 1999 with the BTCC triple crown – Drivers’, Manufacturers’ and Teams’ titles. In 2004, we undertook the works programme for SEAT, before switching focus to the World Touring Car Championship with Chevrolet in 2005. A return to the BTCC series in 2010 brought us another title for Chevrolet.

Our partnership with Chevrolet is a showcase for what we can achieve for a major car brand in a production-based motorsport series.

Over the eight-year FIA World Touring Car Championship programme we gave Chevrolet 88 victories and delivered triple back-to-back Driver and Constructor Championships. They were General Motors’ only World Championship titles in any series.

So many championship titles and wins cemented RML’s position as one of the most successful entrants in global Touring Car competition. 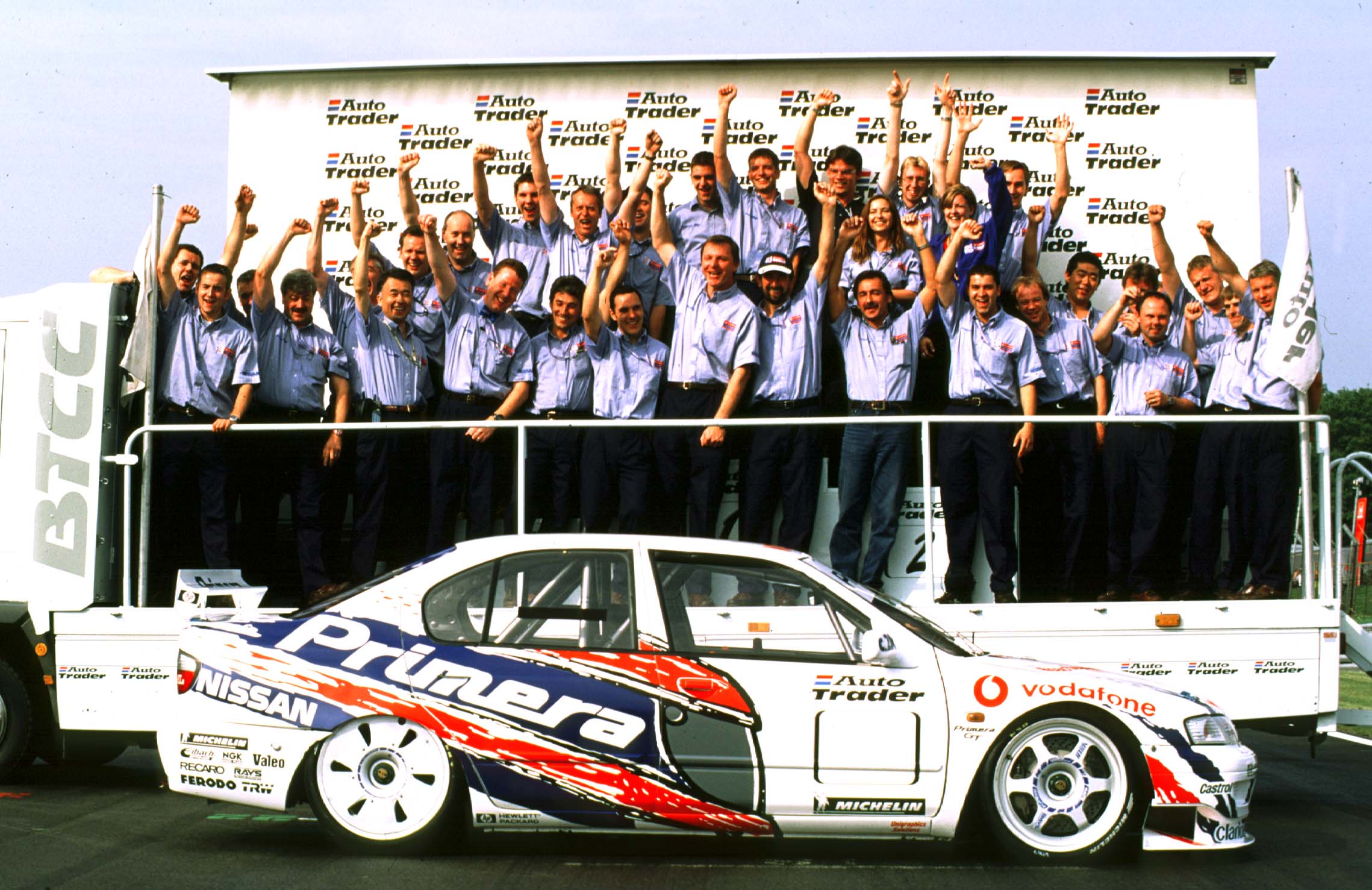 Anyone who’s raced at the Le Mans 24 Hours knows it’s not easy to win in any class there. We’ve done so twice. We’ve delivered outstanding Prototype Sports Car racing results for nearly three decades and achieved back-to-back class wins at one of the world’s best-known motorsport events.

When we entered the Le Mans Series LMP2 Championship in 2007 with an MG-Lola AER EX264 we won the title outright. We won again in 2010 with the Lola HPD LMP2 Coupe in a programme fully supported by businessman and driver Mike Newton, with sponsorship from his group of
companies.

While our successes for OEMs have been an integral part of Prototype Sports Car programmes, they’ve helped brands such as Aston Martin, Nissan and MG reinforce their motorsport credentials while enhancing their road cars’ images. 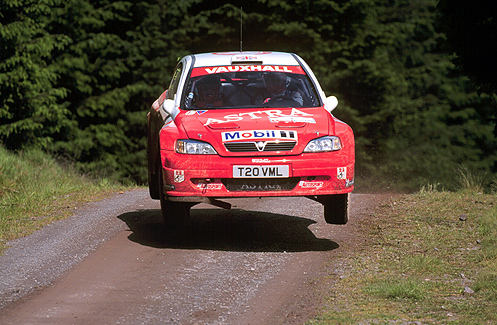 Sister brand Opel appointed us to design and build a Corsa for the Super 1600 category. In its debut at the prestigious
Monte Carlo Rally in 2002 it proved extremely competitive on all surfaces,
reigniting Opel’s vigour as an OEM rally entrant amid stiff opposition.

American manufacturer Saleen called upon our all-encompassing capabilities to design and manufacture America’s first-ever road going supercar, the Saleen S7. It was designed and made in just nine months, ready for its press debut in California.

Simultaneously, we built a racing
counterpart, the S7R, for Saleen to challenge the Chevrolet Corvettes in the
American Le Mans Series’ (ALMS), and GTO competitors within the Grand American (Grand-AM) series. The S7R scored its first class victory in the 2001 ALMS season at the renowned 12 Hours of Sebring, defeating the OEM-entered Corvettes and finishing sixth overall.

Recently, we supplied the body-in-white, engine and electronics for Jaguar’s F-Type SVR GT4 and supported the customer teams.

The works team victories that have built our reputation and capability -

2001 – RML-designed-and-built Saleen S7R wins Sebring 12 Hours and all but one race in the European Le Mans Series (ELMS), taking the Manufacturers’, Teams’ and Drivers’ Championships.

In subsequent years the Saleens took multiple victories across the globe in customer hands, including winning the 2010 Le Mans 24 Hours GT1 class